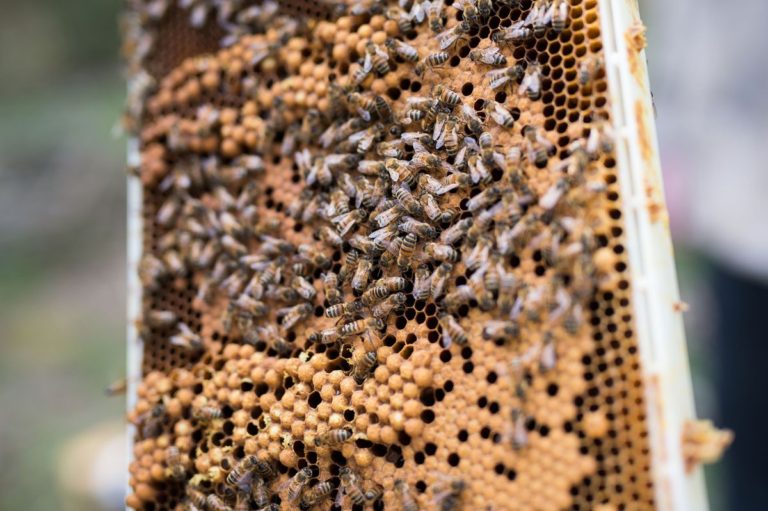 “Changes in climate and weather affect food and forage for bees,” [said Geoffrey Williams, an assistant professor at Auburn in Alabama]. “It’s pretty obvious that if you have bees already on the edge and you have a radical, quick weather shift, they aren’t going to do as well.”

Source: Honeybees May Be Dying in Larger Numbers Due to Climate Change – Bloomberg

The agricultural world has been abuzz with the increasing rate of bee deaths over the last several years. When whole bee colonies die, it’s termed colony collapse disorder.

We’ve been monitoring the science of colony collapse in CoMeta for a number of years. While the early research suggested that neonicotinoid insecticides could be primarily to blame, subsequent research suggests that the story is more complex. Researchers have settled on the premise that no single factor appears to outweigh all the other possibilities. Instead, the model that is emerging is one of repeated minor insults that eventually lead to catastrophic failure (not unlike concussions, as my colleague Dave wrote about recently).

To that list we now add climate change. The theory states that fluctuations in temperatures can lead to aberrant bee behavior and abnormal feeding requirements. In turn, this can bring bees closer to the edge of susceptibility to the next minor insult.

As discussed in a recent blog authored by our CEO Bob, attribution science is progressing with respect to climate change. Could bee keepers one day be able to sue pesticide manufacturers alongside oil companies? This would require a significant legal shift, but we’ve seen shifts in the past of similar magnitude.

Looking around the corner with ChemMeta