Cannabis: coming to drinks and medicines near you 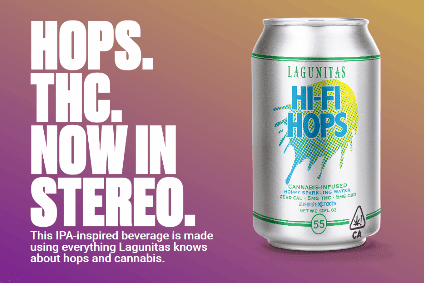 Cannabis: coming to drinks and medicines near you

Cannabis is turning out to be a huge new business opportunity.  Over the last several years its recreational use has been legalized in Colorado, Nevada, Oregon, Washington, California, Alaska, Maine, Masachussetts, and the District of Columbia.  Canada recently became the second country in the world to legalise recreational marijuana use nationwide.  Unsurprisingly, many businesses have sprung up to sell marijuana-based items in these states, especially Colorado.

These businesses have been relatively small and specialized to date, but it was only a matter of time until larger players entered the business.  To wit, Heineken’s subsidiary, Lagunitas Brewing of northern California, has taken the first step by releasing a THC-containing beverage.  It’s even being marketed as giving consumers a high from the cannabis.

Scientists today largely agree that cannabis use can cause mental disorders, largely based on studies of smoked cannabis.  It’s not yet clear whether other cannabis-related exposures will be shown to have the same effects or if legal factors will evolve to support future product liability lawsuits from their very low baseline today.

Another important aspects of the existing cannabis literature is its focus on the complete plant.  The new THC-containing beverage above only uses the main psychoactive substance from marijuana.  Furthermore, a new pharmaceutical approved by the U.S. Food and Drug Administration last week only employs cannabidiol (CBD), which does not have psychoactive effects.

CBD, largely by virtue of its intended use as a pharmaceutical, has attracted an increasing amount of research of late.  While it’s been declared safe and effective for treating specific forms of epilepsy, it comes with a host of warnings, including kidney injury, suicidal thoughts, and sleepiness.

Time and emerging research will tell whether any of these effects of THC or CBD may rise to the level where they will support mass litigation.  Businesses selling THC and CBD would be well advised to carefully monitor the science of marijuana-based products.

Earlier this week, Heineken’s Californian craft brewer, Lagunitas Brewing Co, announced the launch of a non-alcoholic IPA-style sparkling water called Hi-Fi Hops. The new product, available from the end of July and available in two variants, contains at least 5mg of THC, the psychoactive ingredient in marijuana. That’s enough, according to the marketing, to give anyone that drinks it the “chill of sun-grown cannabis”.

Sunscreen is a summer necessity, so what exactly is in it?