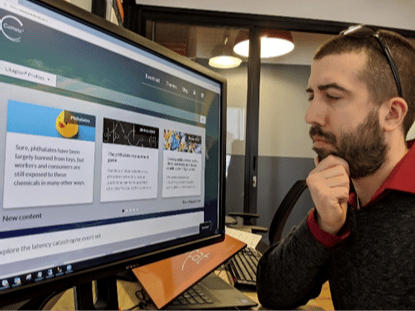 A big shout out to the winners of our very challenging client contest in the inaugural issue of Long Tails, Kristina Melley, 2VP, Enterprise Underwriting at Travelers, and Mike Maloney, Vice President, Director, Innovation, Data Science & Governance, Riverstone. Congratulations to Kris and Mike!

As promised, here are the answers to the questions that seemed to stump most of our readers:

Q1: What do “tails” have to do with the name of CoMeta?

A1: CoMeta is Latin for “comet”, in honor of Praedicat’s celestial mascot.  For insurers today, emerging risks are like comets were to the ancients:  “harbingers of doom” of mysterious origin. Comets have two tails, an ion tail and a dust tail.  Like a comet, casualty catastrophe involves the convergence of two kinds of tails, the long tail of latency and the probability of a large-scale (or “tail”) event.

Q2: What do “tails” have to do with the name of our latency cat model Nekomodel?

A2: The Nekomodel was named after the nekomata, a Japanese mythological two-tailed man-eating cat.  The cat is said to come down from the mountains, seemingly at random, to attack villages and then return to the mountains.  “Neko” is Japanese for “cat” so Nekomodel translates to cat model.

Q3: What does the runner-up blog name “Messier Objects” have to do with tails?

A3: In 1744, a young Monsieur Charles Messier was said to have observed the great 6-tailed comet, Comet Klinkenberg-Chesheaux (discovered by three amateur astronomers in late 1743), pass over his hometown of Badonviller, France.  By 1758, M. Messier was a young astronomer in Paris and eventually promoted to the position of chief astronomer of the Marine Observatory in Paris.  He became an avid comet hunter and discovered over a dozen comets.   He is best known for his “Catalog of Nebulae and Star Clusters”, a catalog of objects observed by Messier that were not comets (as they did not move across the sky).  He began compiling the catalog in 1758 to prevent other astronomers from mistaking these various objects for comets.  At the time of his death in 1817, the catalog had grown to a list of 103 objects.  The Messier catalog was revised in the 20th century and now contains 110 objects and the Astronomical League has a special award that is given to amateur astronomers who are able to spot each of the objects in the Messier catalog

And now the contest for this issue:

This quarter’s contest is a selfie contest, no web-searching or knowledge of astronomy required!  Send a picture of yourself using our analytics to Julia.fuller@praedicat.com to be automatically entered for a grand prize of Genuine Risk wine or a consolation prize of a Praedicat coffee mug.  Points will be awarded for creativity!  So dust off the old selfie stick and snap a picture of yourself intelligently managing latent casualty accumulations.  Then go explain to your kids how hip you are as you pour yourself a nice glass of Genuine Risk.  Sample below: