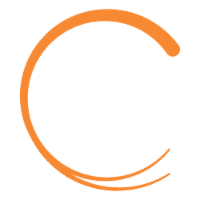 How does bodily injury science vary across nanoparticles?  Which companies are most likely to be caught up in a future mass litigation event centered on phthalates? What are the chemical drivers of obesity?  With the launch of CoMeta Themes, you can now compare and contrast Litagion agents that share risk characteristics in common.  Read the blog

CoMeta currently profiles more than 240 individual risks.  While each risk can be understood by itself, it is natural to want to compare and contrast individual risks, and all the more so when those risks share features in common.  Enter CoMeta Themes…

Technically-speaking, a theme in CoMeta is nothing more than a collection of latent mass liabilities – hypothetical law suits distinguished by a set of plaintiffs making a common claim against members of a single defendant industry.  But what makes a theme interesting is the feature that the latent mass liabilities share in common: the functionality of the Litagion agent (e.g., flame retardants), the way the Litagion agent affects health (e.g., obesogens), or the way in which individuals are exposed to a set of Litagion agents (e.g., 3D printing) to give just a few examples.

This initial release contains five topical themes – engineered nanoparticles, obesogens, cannabis, the toxic trio, and additive manufacturing – and we’ll be adding at least one new theme to CoMeta each month going forward.  This release also includes two functional themes – new content and trending science – that make accessing CoMeta’s latest risk profiles and monitoring risks with rapidly evolving science easier than ever.  What’s more, every theme will be updated with each CoMeta release to reflect changes in the underlying drivers of latency catastrophe risk.

By way of example, let’s take a look at the engineered nanoparticles theme.  The theme is comprised of nine Litagion agents – carbon nanotubes, graphene, fullerenes, nano-Ag, nano-CeO2, nano-Cu, nano-SiO2, nano-TiO2, and nano-ZnO – and all of their associated latent mass liabilities.  Within the nanoparticles theme you’ll find summaries of CoMeta content related to nanoparticles and any blog (like this one!) that relates to those Litagion agents.  The summaries are presented in thumbnail cards that then open to more detailed views.

The industry and company cards show the top five industries and companies that could be swept-up in a nanoparticle mass litigation event.  Industries – chemicals, plastics, paint, and toiletries – are ranked according to the number and riskiness of potential latent mass liabilities that involve business activities within those industries.  Companies – Johnson Matthey, Merck, Thermo Fischer, Bayer, Evonik – are ranked in similar fashion but additionally taking account of the confidence with which those companies are matched to specific latent mass liabilities.

Last, but far from least, take a look at the economy-wide loss card.  The highest 1% probable maximum loss value stands at a mere $1.8 billion (nano-CeO2).  While scientific evidence supporting mass litigation is expected to grow over the next seven years, our model indicates it is very unlikely to grow to a level that supports mass litigation.  But you’ll also no doubt take note of the very large figures for the realistic and extreme disaster scenarios: $284.3 billion for nano-Ag alone.  If science one day comes to support nanoparticle mass litigation, it’s going to be a doozy given rapidly increasing exposure over a wide swath of the economy.

So, where else could you learn so much about the risk of a mass litigation event centered on something as complicated as engineered nanoparticles in such a short amount of time?

We hope you like this new way of exploring the CoMeta latency catastrophe event set and look forward to hearing your feedback.  And if you have a theme in mind, let us know!  We’ll strive to publish it as quickly as possible.

Coming to CoMeta in Q2 will be newly developed autism- and addiction-related themes and latent property damage events.