Diesel, opioids, and the conservation of regulatory and litigious energy 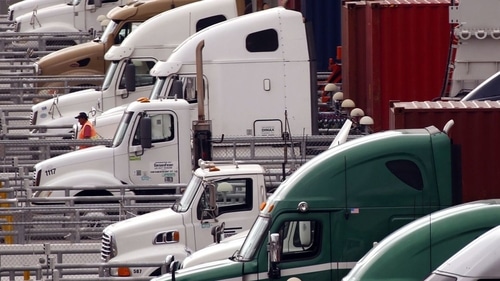 Diesel, opioids, and the conservation of regulatory and litigious energy

Regulatory and litigious energy is created when a large number of individuals are harmed or perceived to be harmed. Once created, that energy is typically conserved following a path of least resistance targeting the most proximate causes of harm first and then, when that target can absorb no more, flowing to increasingly remote causes. Consider the case of asbestos. Asbestos insulation manufacturers, mining, and processing operations absorbed the initial brunt of claims for asbestosis and mesothelioma. Bankruptcies and the emergence of plaintiffs in more distant settings then caused litigation to flow to a wide array of downstream products manufacturers and service providers that exposed workers to asbestos in ways that at first seemed unlikely to pull them into litigation. Today, nearly 50 years after the landmark Borel v. Fibreboard case was first filed, Johnson & Johnson and its talc suppliers now face significant litigationover the possibility its consumer talc products were contaminated with trace quantities of asbestos.

Now consider two of today’s most prominent public health issues: Diesel emissions and the nation’s opioid epidemic. Scientists have become increasingly concerned about the harmful effects of diesel emissions on lung and cardiovascular functioning. In 2012, the International Agency for Research on Cancer, for example, upgraded its classification of diesel exhaust from probably carcinogenic to humans (Class IIA) to carcinogenic to humans (Class I). By some estimates, diesel emissions lead to nearly 3,000 premature deaths annually in the United States (small when compared to the more than 28,000 premature deaths estimated in Europe and 107,000 worldwide). There are more than 400,000 asthma-related hospitalizationsannually in the United States; scientists and regulators believe that diesel emissions contribute significantly to that health burden in urban areas.

The most damaging components of diesel emissions (NOx and PM) are on the decline across the United States thanks in no small part to federal and state regulations mandating the adoption of “clean” diesel technology in cars and trucks. California imposes the most stringent emissions requirements on mobile sources in the country. Air quality in parts of California, though, has worsened over the past two-years despite declines in diesel emissions; this is especially true in the Los Angeles basin, which recorded 145 unhealthy ozone days in 2017, more than any other metropolitan area that year.

In response, California’s “regulatory energy” is now flowing to so-called “indirect” sources of diesel emissions. Southern California’s South Coast Air Quality District voted for the first time in early May to develop regulations aimed at reducing diesel emissions from warehouses, distribution centers, and rail yards. The regulator said it will also continue exploring the development of indirect source rules for ports, airports, and major development projects. The eventual regulations could, for example, require warehouse owners to ensure trucks that deliver to their facilities have lower diesel emissions on average than what is required by state law, install electric charging stations, or contribute to a fund that mitigates diesel emissions elsewhere. The regulation of indirect sources effectively spreads the financial burden of reducing diesel emissions across a wider-swath of the economy. This move will not go unnoticed by the plaintiffs’ bar, which already seeks to hold employers and products manufacturers liable for pulmonary and cardiovascular injuries of workers exposed to diesel emissions.

Then there’s the opioid epidemic and its staggering impact on human health and well-being. The Centers for Disease Control and Prevention estimates more than 42,000 individuals died from prescription and illicit opioid overdose in 2016. Regulators and litigators place blame on opioid manufacturers like Purdue Pharma, but also on drug distributors like McKesson, and increasingly on retail pharmacies like CVS.

Pharmaceutical litigation typically centers on the New Drug Application (NDA) holder since that company is responsible for warning consumers of potential dangers. In the case of opioids, though, failure to warn is not the main issue; opioids prominently warn of the potential for addiction. Thus, lawsuits pending in state courts across the country and those consolidated in a federal court in the Northern District of Ohio are seeking damages from manufacturers, distributors, and pharmacies based upon claims of deceptive marketing, failure to curb illegal diversion, and public nuisance. If these initial lawsuits are successful, but plaintiffs’ injuries and societal costs are not sufficiently compensated, we should expect opioid litigation to flow to more distant parties whose actions, however indirectly, contributed to the opioid epidemic. Other potential defendants could include hospitals and health insurers (some of which are also plaintiffs in these lawsuits), hospital accreditation organizations, medical waste disposal companies, professional organizations and trade associations, and marketing agencies.

Diesel emissions and the opioid epidemic are just the most recent reminder that there’s typically plenty of blame to go around when large numbers of individuals are harmed. At Praedicat we map how this blame can flow through the economic chain of commerce for hundreds of potential hazards revealing unexpected correlations between disparate parts of the U.S. economy before those correlations become headline news.

These are desperate times for the Southern California leaders tasked with cleaning the air. That’s why the South Coast Air Quality Management District is again considering new rules that would require warehouses, railroads and new residential and commercial developments to cut pollution from the diesel trucks, locomotives and construction equipment used at their sites. The district may not be able to regulate diesel vehicles directly, but it can regulate facilities that are magnets for them.

Sunscreen is a summer necessity, so what exactly is in it?