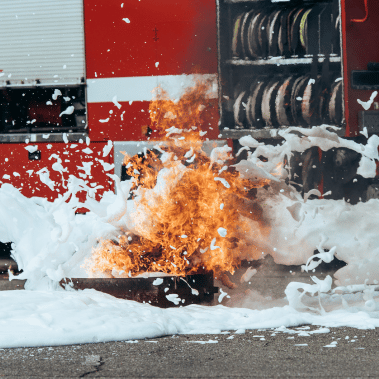 DuPont and 3M introduced the commercial world to per- and polyfluoroalkyl substances (PFAS) in the 1950s.  Decades later, the first generation of these water-, grease-, and stain-resistant chemicals – perfluorooctanoic acid (PFOA) and perfluorooctanesulfonic acid (PFOS) – have been largely phased-out in the United States and much of the rest of the world as well.  The very properties that make them so highly effective in products ranging from non-stick cookware to firefighting foam also make them highly persistent and bioaccumulative, worrying scientists that they will continue to pose risk to human health and the environment for decades to come.

Manufacturers have been exploring replacements for PFOA and PFOS for decades.  3M replaced PFOS with perfluorobutanesulfonic acid (PFBS) in its signature consumer product Scotchgard in 2003 and DuPont (and now Chemours) began manufacturing GenX, its replacement for PFOA in the production of Teflon, in 2009.  Industry argues that these and many other PFOA/PFOS replacement chemicals manufactured by 3M, Archroma, Arkema, Asahi, Chemours, Daikin, Dyneon, Solvay, and others are less persistent and toxic, but the broader scientific community is not so sure.  Recent studies, for example, indicate that PFBS and perfluorohexanoic acid (PFHxA) have longer half-lives than PFOS and that GenX could be a more potent liver toxin than PFOA.

Praedicat is now monitoring the biomedical science for 14 PFAS in addition to PFOA and PFOS.  This relative emphasis is motivated by the well-known phenomenon of “regrettable substitution.”  Although the science is immature for many PFAS on the market today, the chemical similarity of these replacement chemicals to PFOA and PFOS, their increasing production, and the intensity of scientific interest suggests heightened underwriting risk going forward.

Scientists are investigating a wide range of harms associated with PFAS.  Some of the strongest evidence is emerging around developmental, reproductive, and endocrine-related harms (see our blog posts in 2018 on the possibility that PFAS raises the risk of obesity and diabetes).  And this is not just for PFOA and PFOS.  As measured by our general causation risk score, the evidence for developmental toxicity is now as strong for perfluorohexane sulfonic acid (PFHxS) as it is for PFOS and the evidence for reproductive toxicity is stronger for perfluoro-n-nonanoic acid (PFNA) than it is for PFOA.

The adversely trending science for PFAS has not gone unnoticed by regulators and litigators.  Indeed, 2018 was a banner year for regulatory and legal action designed to mitigate the risk of PFAS and, potentially, compensate those who have been harmed.  On the regulatory front, a Centers for Disease Control study implied that the Environmental Protection Agency’s drinking water health advisories for PFOA and PFOS should be markedly more stringent; Congress added $10M to the National Defense Authorization Act to fund a nationwide study of the health impacts of PFAS; and state legislatures and regulatory agencies across the country considered various restrictions on the use of PFAS and tighter environmental standards.  Washington state enacted a ban of PFAS in food packaging and California took steps to ban PFAS in carpet.

Legal challenges continued to mount as well.  A year ago February, 3M settled a lawsuit brought by the state of Minnesota for $850M over PFAS contamination of state drinking water.  This settlement came on the heels of DuPont’s and Chemours’ $671M settlement in 2017 of more than 3,500 personal injury lawsuits arising from PFOA contamination of drinking water in Parkersburg, West Virginia.  The same attorney, Robert Bilott, who settled the Parkersburg class action, was back in court in October filing a nationwide class action on behalf of everyone in the United States who has been exposed to PFAS.  Like his first lawsuit against DuPont, the class action seeks to force nine named defendant companies to fund an independent study of the health effects of PFAS, the results of which could be used to support future personal injury litigation.  And, in December, the Judicial Panel on Multidistrict Litigation consolidated 75 lawsuits brought by municipal and state governments over groundwater contamination from the use of aqueous film-forming foam, a PFAS-based fire suppressant commonly used at airports and military bases.

With PFAS being detected in an increasing number of drinking water systems and scientists sounding the alarm over PFOA and PFOS replacements, the likelihood PFAS litigation could accelerate further is high.  Insurers would be wise to evaluate their accumulation of PFAS risk, especially for replacement chemicals, and devise underwriting and risk management strategies accordingly.  At Praedicat, we will continue to monitor how scientific developments affect the likelihood of successful personal injury litigation (which our model suggests is currently low) and, later this year, how the mere threat of bodily injury from PFAS, elevates the risk of successful products pollution litigation, which early signs suggest could morph into a very large near-term event.