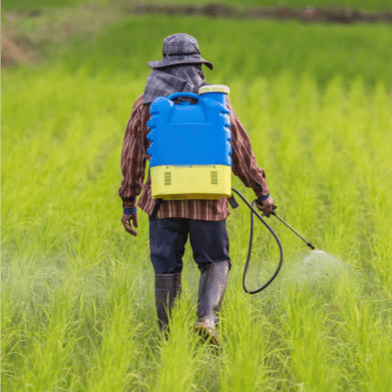 Hardeman v. Monsanto: Is this the long-awaited next asbestos?

What are we to make of the recent headline-grabbing verdicts against Monsanto in the Hardeman and Johnson cases, $80 million and $289 million respectively?  Is glyphosate the next asbestos?  What did Praedicat’s estimates say about how to manage the risk of glyphosate when the litigation first emerged in 2016?  What does Praedicat say about the risk today?

In Praedicat’s first release of CoMeta in January 2014, we featured 100 Litagion® agents.  Among the first 100 was glyphosate, the active ingredient in Monsanto’s RoundUp, and the largest-selling herbicide in the world.  In addition to RoundUp, glyphosate has been off-patent since 2000 and is used in 750 products in the United States.

In 2014, the highest risk harm for glyphosate was blood cancer, and specifically non-Hodgkin lymphoma, but while the risk was high and growing, it wasn’t high enough yet to support a sustainable mass litigation. A year later (in 2015), the International Agency for Research on Cancer (IARC) declared glyphosate to be probably carcinogenic in humans (2A), and two years after that, DeWayne Johnson won a $217M jury award in California (later reduced to $78M) for his lymphoma allegedly caused by exposure to RoundUp.  This was recently followed by an $80M jury verdict for Edwin Hardeman in federal court in San Francisco.  However, in terms of science, rather than continuing to grow, our assessment of the risk has been declining since there have been a number of negative human studies published, including ongoing evaluations of some 54,000 pesticide applicators in the Agricultural Health Study that have found no statistically significant correlation between glyphosate exposure and cancer.

What does Praedicat make of the overall picture for glyphosate?   Here’s a review of the glyphosate story since the release of CoMeta in 2014.

Many clients are asking us whether we recommend writing glyphosate today.  Our suggestion is that glyphosate exposures within the primary CGL should be sub-limited, and possibly offered on an indemnity-only basis.  Above the primary CGL sublimit, excess coverage should be on a named peril basis.

Like any modeling firm, Praedicat is actively monitoring the litigation to identify methodological changes that can improve the modeling.  With this in mind, we suggest the following lessons learned:

A Note from Our CEO