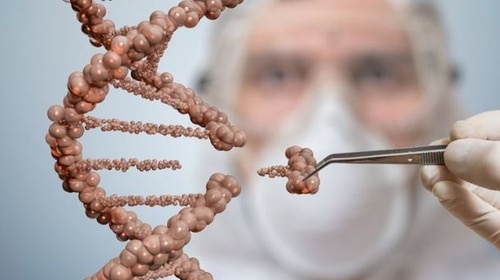 Few things today raise as much passion as anything having to do with genetically-modified organisms (GMO) used for food. In some ways the rhetoric has been heated since 1992 when the term “frankenfood” was coined. The anti-GMO movement is alive and well today, of course, and the moderate position is to require disclosure of GMO ingredients so that consumer can make an “informed decision”.

If this language seems similar to the “teach the controversy” approach taken by those who disbelieve evolution or climate change that’s because it evokes the same thought process. After all, one might argue, if the claim can’t stand up to scrutiny, doesn’t it deserve to be discarded?

This is where discussions of these topics tend to go off the rails. In most cases, it ends up being a battle of facts vs opinion. With GMO specifically, it often is a battle of the science regarding food safety compared to what can best be termed as an “ick factor”: to many people, it’s just inherently undesirable to insert genes from one species into another. But what does the science say?

Although we have not done a comprehensive review of the science of GMO at Praedicat, we have looked at a large number of studies that address the question of their safety and potential downsides. On the question of the former, the answer appears unequivocal: genetically modified organisms most often have indistinguishable nutritional profiles from their conventionally-bred counterparts*. The potential downsides that have the strongest acceptance are environmental and property in nature (e.g. pesticide overuse and drift, crop contamination, etc).

So what should an interested party take away from the proposed rules from the USDA? Perhaps the most interesting thing is that they have opted to adopt the statutory definition of a “bioengineered food”, and only use those terms rather than the more colloquial “genetically modified”. The wisdom of that proposal will depend on your point of view, but it appears to at least be a relatively understandable (if untested) definition of what requires labeling. The other public policy decisions in the proposed rule will almost certainly be the subject of voluminous commenting in the next few weeks.

In terms of litigation, however, labeling laws and regulations like this one often bring with them an onslaught of lawsuits where people claim to have been defrauded due to misleading labeling. This alone may cause some companies to either label everything as containing bioengineered ingredients or to disavow them entirely.

* Some GMO are designed to have different nutritional profiles, such as Golden Rice that is engineered to have a substantial amount of beta carotene.

The U.S. Department of Agriculture (USDA) has published a long-awaited proposed rule to establish GMO labeling standards (the National Bioengineered Food Disclosure Standard), but still leaves most of the key questions – including how to interpret its definition of ‘bioengineered’ – unanswered.