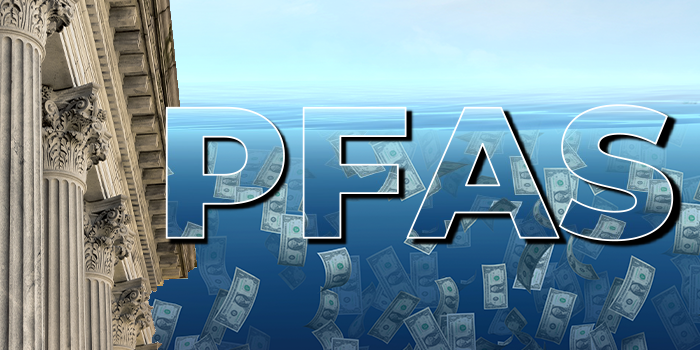 We call this the Emerging Litigation phase because mass litigation emerges gradually rather than all at once.  Unlike in the aftermath of a hurricane or earthquake when carriers can do little other than marshal their claims teams, the beginning of a mass litigation event is truly just the beginning.  Carriers could be managing a mass litigation event for decades as it twists and turns through the courts gradually revealing its ultimate severity and incidence.  During the Emerging Litigation phase, aided by data and analytics, carriers still have time to sharpen their underwriting and claims strategies, quantify their exposure to current litigation, and manage the risk of litigation that has yet to materialize.

About a year ago, we launched our litigation tracking feature in CoMeta to help casualty carriers navigate the flood of complaints filed against companies alleging negligence in exposing workers and consumers to COVID-19.  By popular demand, we now aim eventually to include all CoMeta’s 30 plus Emerging Litigation agents in this feature.  And there’s perhaps no better place to start than with the “forever chemicals,” per- and polyfluoroalkyl substances (PFAS).

The history of PFAS litigation, especially its beginnings, has been told many times.  My aim here is not simply to tell that story again, but to tell the story through the lens of the litigation tracking data now available in CoMeta – 5,153 complaints, filed in 40 courts, naming 193 companies, spanning 82 industries, over 22 years – and to make the case that tracking the litigation and the science provides carriers with the information they need to make robust underwriting and risk management decisions as this complex event continues to unfold.

On June 11, 1999, Wilbur Tennant filed a complaint in the Southern District of West Virginia against E.I. du Pont de Nemours & Co. alleging the company was dumping hazardous waste adjacent to his property and that the waste was contaminating surface and groundwater on his property, sickening and killing his cattle, and making him and his family “physically ill.”  According to Tennant’s lawyer, Robert Bilott, Tennant was furious that DuPont was polluting his land with impunity.  Appeals to state environmental regulators went nowhere and he felt legal action was his only recourse.  Little did Tennant know that his would be the first of more than 5,100 complaints filed against DuPont and other manufacturers and users of PFAS chemicals in a mass litigation event that is still going strong 22 years later.

Through painstaking discovery, Bilott eventually determined that it was perfluorooctanoic acid (PFOA or “C-8”) that was responsible for turning the stream that ran through Tennant’s property into a sudsy mess and, he suspected, sickening Tennant’s cattle.  PFOA was used to manufacture DuPont’s miraculous Teflon coating at its Washington Works in Parkersburg, West Virginia.  Scientists both inside and outside of industry had been researching the impact of PFOA on human health for a decade or more and some of the early results of that research were worrisome.

Tennant settled his lawsuit with DuPont in 2001, but Bilott, who now knew a lot about DuPont and PFOA and the health of the community surrounding the Washington Works, was just getting started.  In that same year, Bilott filed a class-action lawsuit (Leach v. DuPont) on behalf of all individuals exposed to PFOA in drinking water in the vicinity of the Washington Works.  The suit alleged that PFOA exposure elevated the risk of latent disease (including cancer) in the class and demanded DuPont and the local water utility pay for ongoing medical monitoring and damages for bodily injury should they emerge.

The Leach settlement in 2004 was extraordinary.  Under the terms of the settlement, DuPont agreed to fund an independent C-8 science panel that would conduct epidemiological studies in the communities of the Mid-Ohio Valley to determine whether there is a “probable link” between PFOA exposure and 17 categories of bodily injury.  Eight years later, the panel concluded there was indeed a probable link to high cholesterol, ulcerative colitis, thyroid disease, testicular cancer, kidney cancer, and pregnancy-induced hypertension.  Within a matter of months, 26 individual complaints alleging PFOA exposure had caused one or more of these conditions had been consolidated in multidistrict litigation in the Southern District of Ohio.  The MDL would grow to 3,600 cases by the time DuPont settled most of them in 2017 for $671 million in the wake of plaintiff verdicts in three bellwether trials.  Another 95 complaints settled in January 2021 for $83 million; a few dozen cases in the MDL remain unsettled.

If PFAS litigation had stopped in West Parkersburg, we might be characterizing the event as small potatoes – perhaps a billion or so in settlements paid by a single defendant.  CoMeta’s litigation tracker records just 25 PFAS complaints filed between 1999 and 2012, and most of those were centered on the Washington Works and a set of ultimately unsuccessful consumer class actions alleging Teflon-coated pans emitted dangerous fumes when heated to high temperatures.

Among those 25 complaints, though, were two filed in 2009 by water utilities in Florida and Ohio and another by the State of Minnesota in 2010 seeking compensation for the contamination of drinking water supplies with PFAS.  By that time, another decade of scientific research had established not only that PFAS were highly persistent in the environment but were likely disrupting the normal functioning of the human endocrine system and elevating the risk of a wide range of chronic disease conditions worldwide.  When we launched CoMeta in 2013, PFOA and PFOS had a general causation risk score (our measure of scientific acceptance) above 0.6 for developmental injury and the score for endocrine system injury was trending upward fast.  And scientists were not just worried about PFOA and PFOS, which were largely phased out in the U.S., but also dozens of supposedly less persistent and toxic substitutes like PFNA, PFHxS, and GenX.  With the emergence of drinking water lawsuits and an acceleration in science studying the harmful effects of PFAS, these risks were clearly late stage Emerging Damage in the Praedicat framework, and it was time to take additional underwriting action.

Initially, drinking water lawsuits focused on PFAS discharges from chemical plants.  By 2016, though, plaintiffs were homing in on another source of contamination: aqueous film-forming foams (AFFF) used to fight fires, especially at airports.  For the first time since the unsuccessful Teflon class actions PFAS litigation was focused on a defective product rather than improper disposal.  Individuals, drinking water utilities, and local governments in Colorado, Delaware, Florida, Massachusetts, New York, Pennsylvania, and Washington alleged that AFFF had contaminated drinking water with PFAS; not only were manufacturers of PFAS to blame, but so were the companies that made AFFF and the airports that used it.

Seventy-five AFFF lawsuits were consolidated in multidistrict litigation in South Carolina in December 2017.  That MDL has ballooned to more than 1,250 cases and includes both claims of property damage and the claims of individual consumers and workers alleging bodily injury (typically, one of the six “probable link” health conditions established by the C-8 science panel).  More than 300 complaints have been added to the MDL this year alone.  Only one AFFF complaint thus far has settled – Johnson Controls agreed to pay $17.5 million to about 300 class members in Peshtigo, Wisconsin to resolve both property damage and bodily injury claims.

PFAS complaints – more than 200 since 2018 – are proliferating outside the AFFF MDL as well.  Complaints alleging improper disposal from chemical plants (e.g., cases centered around plants operated by 3M, Saint-Gobain, Solvay, and Chemours) are common, but we also see complaints emerging that focus on other products and industries like carpet mills, shoe manufacturing, firefighting apparel, paper mills, biosolids, compostable plates, and even underwear.  3M and DuPont have also been sued by investors claiming they failed to disclose the extent of their PFAS liabilities in a timely fashion.

So, what began in 1999 as a single complaint by a West Virginia farmer against a single company is now a multi-decade mass litigation event that has spread far beyond the pioneers of PFAS chemistry.  The U.S. Environmental Protection Agency under the Biden administration is likely to issue a PFAS drinking water standard that will force water utilities across the country to install expensive treatment systems to reduce PFAS concentrations to acceptable levels.  We estimate that water utilities could seek to recover $164 billion in costs at a standard of 70 ppt and $258 billion at a standard of 35 ppt.  And that’s just remediation.  Bodily injury lawsuits could result in damages totaling billions more.

Who will pay?  Well, it would not be surprising to see other major producers and users of PFAS products dragged into court as well.  Food packaging, fast food, cosmetics, home gardening, and pesticides, for example, have all been the focus of recent scientific study and regulatory investigation.

Casualty carriers today are adopting broad-based PFAS exclusions to protect against additional exposure.  Many carriers, I suspect, wish they had adopted these exclusions years ago; and perhaps they would have had they been closely tracking both the science and litigation as they were developing.  The question now, though, is whether PFAS still presents an opportunity for risk transfer.  Keeping close tabs on litigation and science, some carriers may find opportunity to writeback PFAS coverage on a named-peril basis for downstream users of PFAS about which scientists have minimal concern.  And insurers with significant legacy exposure to PFAS may be in a position to quantify and, therefore, transfer future claims to the run-off market.

A litigation tracker, by definition, is looking at litigation in the rear-view mirror, which is useful for claims and reserving.  But combine that service with systematic early warning of novel causes of action, quantification of scientific support, and realistic liability scenarios, and carriers might now find it possible to help their customers manage the enormous uncertainty that remains in the years after a litigation event first emerges.