What is “long tail”? 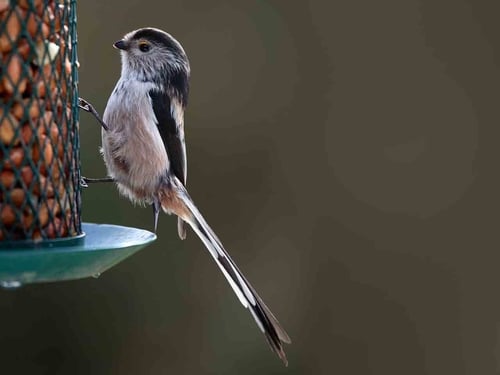 What is “long tail”?

I’ve been asked recently by a number of customers to define what Praedicat means by “long tail” risk. Our CEO, Bob Reville, has written about casualty catastrophe previously, and how Praedicat is really a latency modelling company not a casualty catastrophe company; that helps, but doesn’t answer this question.

Lloyd’s says, rather unhelpfully, that long tail risk is the opposite of short tail risk. ACE’s 10-K describes long tail as “business for which specific losses may not be known for some period and claims can take significant time to report and settle/close. This includes most casualty lines such as general liability, D&O, and workers’ compensation”. That does help, but D&O doesn’t feel particularly like “long tail” business, or certainly not latent long tail business. In contrast, general liability (GL) is definitely long tail.

What do I mean by this? Well, in D&O, while the initial “bad acts” may be separated from the consequences for some number of years, once discovered, there is little latency. When Enron collapsed, affected people knew very quickly. In contrast, asbestos is the canonical long tail general liability risk. Even though the asbestos-mesothelioma causal link was established decades ago, people even today are only now discovering that they have contracted the disease.

Besides the time for the risk to be revealed, there is a more fundamental difference between D&O and GL: D&O is claims-made and GL is typically occurrence. In a claims-made policy, the coverage is triggered when the claim is made. In occurrence, the policy is triggered when the harm occurs, even when the claim may not happen for many years. This is how policies written in the 1950s can result in payments today. Now that’s a long tail!

With occurrence, the problem gets even harder because in many states, every policy year from the original exposure to the time a claim is made can potentially be accessed by the policyholder to pay the claims. This is called stacking risk, and it increases the aggregation problem by an order of magnitude. Our simulations of emerging risks indicate that stacking risk is the largest driver of aggregation in casualty. This is a problem that D&O is not exposed to.

Another key difference between D&O and GL has to do with “stream-of-commerce” liability, which is a characteristic of the underlying lawsuit. Every company that has touched a harmful substance or product as it is transmitted to an injured party is potentially liable. Typically, liability focuses on the largest and most obvious defendant, but for the largest events, exposure “spills over” to other potentially responsible parties that otherwise would have been minor players at most. This is particularly the case when larger players are driven to bankruptcy. In contrast, a D&O action is contained by the small footprint of involved companies — a competing vendor is not subject to being implicated unless they actively participated in the “bad acts”.

Whilst it might be simple and clean to define long tail as a class of business where claims may take some time to settle, that doesn’t describe the problem Praedicat is solving. For latent long tail risks there are some fundamental challenges which can’t be addressed by a traditional catastrophe modelling approach in whichever class of business you are considering:

1. What drives the loss? We don’t know what the next asbestos will be. We could simulate a range of scenarios (a D&O event catalogue, if you like) to model how big this next event might be, but that feels somewhat arbitrary if we don’t know what might drive future litigation. Praedicat identifies specific emerging risks systematically from scientific literature to identify potential future drivers of loss.

2. What is exposed? We need to estimate the size of the harmed population to those potential perils. This is hard to do for latent bodily injury, for example, as diseases manifest themselves over time in the population. In D&O-type “long tail” events, the harmed population emerges quickly and is estimable based on similar past events.

3. How likely are these litigation events to happen? We need to model the likelihood of future litigation events. Past performance does not indicate the future! The analogies drawn between property catastrophe modelling, where, for example, the frequency of events for a certain category of hurricane are known, break down for casualty litigation. We do not have an historical event record.

So, whilst long tail business can be defined simply, solving the real problems of long tail casualty is anything but.