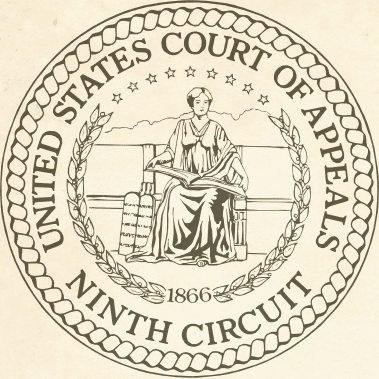 The Trump Administration was back in front of the 9th Circuit Court of Appeals earlier this week seeking to keep the insecticide chlorpyrifos on the U.S. market.  Chlorpyrifos, a suspected developmental toxin, has been in the public eye for decades.  The Environmental Protection Agency banned its use in household applications in 2000 and recommended banning it from use on food crops in 2016.  In 2017, however, EPA delayed implementing that ban arguing that further study is needed.  Environmental groups sued and, in August 2018, a three-member panel of the 9th Circuit ordered EPA to implement the ban within 60 days.  The Trump Administration’s appeal of that decision is now under consideration by an eleven-member panel of the same court.

Regardless of what the 9th Circuit decides, it would appear as if chlorpyrifos is destined to be pulled from the U.S. market.  Its use in the United States has been declining since the late 1990s, partly in response to accumulating evidence showing potentially harmful effects on neurological functioning in children living near fields where it is applied.  Hawaii banned the pesticide in 2018 and California, New York, Maryland, Connecticut, and Oregon are considering bans of their own.  Its fate in the European Union and other developed countries is also uncertain.

Chlorpyrifos was introduced by Dow Chemical in 1965 as an alternative to DDT; the chemical is now found in insecticides manufactured by Helena, Dow (soon to be Corteva), Winfield, which is a subsidiary of Land O’Lakes, and other companies.  Chlorpyrifos is less persistent in the environment and was thought to be less toxic to people and wildlife.

Many scientists and regulators, though, have come to believe that chlorpyrifos poses a health threat, especially to children. Chlorpyrifos is an organophosphate that targets acetylcholine transmission pathways in the nervous and endocrine systems of insects.  Those signaling pathways, which are essential to normal neurological development, are also found in humans.

It was not until 1996 that scientists first associated neurological and cognitive disorders in children with chlorpyrifos exposure.  Residential prenatal and early life exposure is associated with reduced IQ and other neurobehavioral deficits.  Occupational exposure in expectant mothers increases the risk of motor deficits, autism, and ADHD in their children.  Animal studies are consistent with this and other epidemiological evidence.  In mice, for example, scientists have demonstrated a causal relationship between prenatal exposure to chlorpyrifos and neurobehavioral and developmental deficits.  And scientists have shown in rats that neonatal chlorpyrifos exposure is neurotoxic due to its inhibitory effects on acetylcholine signaling pathways.

While the use of chlorpyrifos and other organophosphates like malathion and diazinon is on the decline in the U.S. (usage fell 70% between 2000 and 2012), their use in less developed countries is increasing.  Quite simply, chlorpyrifos is highly effective at controlling insects that spread disease and damage crops.  Farmers in the U.S. have better access to alternatives, although those alternatives are costlier.  Regulators in developing countries, however, will likely need the scientific evidence to even more strongly support the causal link between chlorpyrifos exposure and adverse human health effects before they move to restrict its use.

A Note from Our CEO