I am Co-Founder, President and Chief Executive Officer of Praedicat. But the more interesting question is, to quote David Byrne, "How did I get here?" Over my career, I acquired enough knowledge of the arcane worlds of both liability risk and catastrophe ("cat") modeling to realize that combining the two would be a great idea, and Praedicat is the result. I started with liability risk. After graduate school, I joined the RAND Corporation as a policy researcher, where I dug into the world of California's workers' compensation, which is a crazy microcosm of the larger world of civil liability. My work on the impact of permanently disabling injury at work led to recommendations for system reform that were adopted in major legislation in 2004. I then became the Director of the RAND Institute for Civil Justice and led a research program on mass litigation and tort reform, including a major study delivered to Congress on the impact of asbestos litigation. Through this, I saw the widespread concern among insurers and the scientific community over the risk of the "next asbestos." Meanwhile, I founded and co-directed the RAND Center for Terrorism Risk Management Policy where I received a crash course on cat modeling applied to terrorism risk. Impressed with the risk insights from cat models, the team of co-founders of Praedicat began to think that perhaps the course of asbestos could have been better for the world -- victims, defendants and insurers alike -- if insurers had had access to the science about asbestos risk in the form of cat models. That was how Praedicat was born. Today, Praedicat is the leading latency catastrophe modeling company and insights from our models are changing casualty insurance and reinsurance. I received my Ph.D. in economics from Brown University. 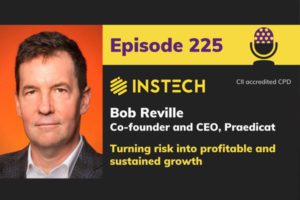 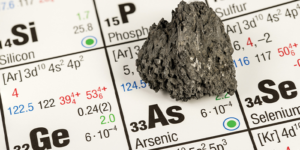 May 2021 – Climate change is here and so is climate-related litigation. But what does climate change have to do with the recent lawsuits filed against baby food manufacturers? As…

Praedicat Presents: Thinking Creatively about Liability Risk Transfer We have already seen how analytics are changing the way liability insurance is underwritten and managed. Analytics are starting to also impact…

Coffee with Bob #5: Featuring Metabiota What happens when two forward-looking modeling companies get to talking about what the next pandemic will look like for the insurance, reinsurance, and global…

Coffee with Bob #5: Featuring Metabiota What happens when two forward-looking modeling companies get to talking about what the next pandemic will look like for the insurance, reinsurance, and global…

If you were unable to catch the live webinar, we’ve got you covered! Coffee with Bob: Featuring special guest Jean-Paul Conoscente If you are about to watch the January 28th…

Coffee with Bob: The Future of Underwriting with Mary Merkel

Coffee with Bob: The Future of Underwriting with Mary Merkel What does the future of underwriting look like from the perspective of a lifelong underwriter, retired underwriting executive, and current…

Praedicat CEO Presents at Rand’s Opioid Symposium: There is still time to register for the Rand Corporation’s latest symposium: Opioid Litigation: What’s New and What Does It Mean for Future…